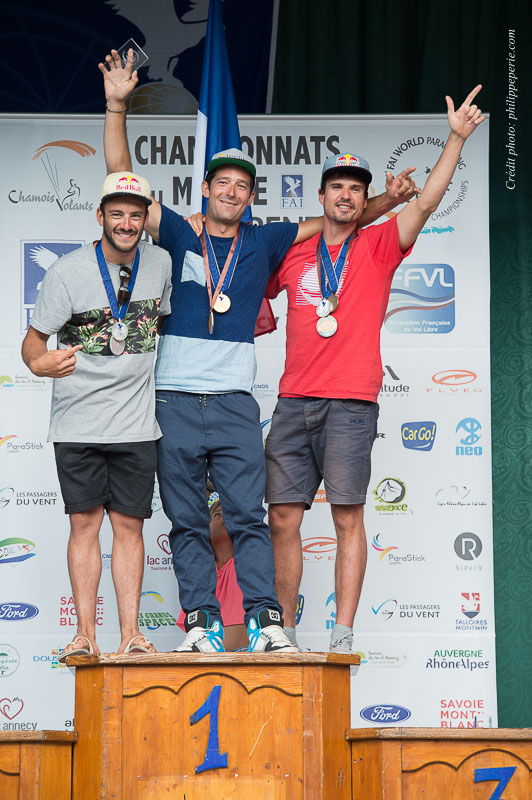 The 2nd FAI World Paragliding Aerobatic Championships came to a successful close today at Lake Annecy in south west France. An impressive seven solo and seven synchro runs were flown over 7 days from 26 August to 3 September, giving the 34 pilots from 16 nations an excellent opportunity to demonstrate their aerobatics skills in a highly competitive environment.
The FAI World Paragliding Solo Aerobatics Champion is François Ragolski of France, followed very closely by team mate Tim Alongi. The bronze medal goes to Horacio Llorens of Spain.
François Ragolski said after his final flight: “It was a long competition with a lot of stress. I think that I have never had to concentrate so much. I will go home with lots of emotions, I am very happy.”

The women’s aerobatic solo championship is also validated with Christina Kolb of Austria receiving the gold medal. In second place is Nicole Schmidt, the sole competitor from Germany. Taking bronze is Lea Haensenberger of Switzerland.
Eight women competed in the event. Christina Kolb commented: “The most awesome thing about the competition is that we had so many girls here. The mood between us was really good and we cheered for each other.” 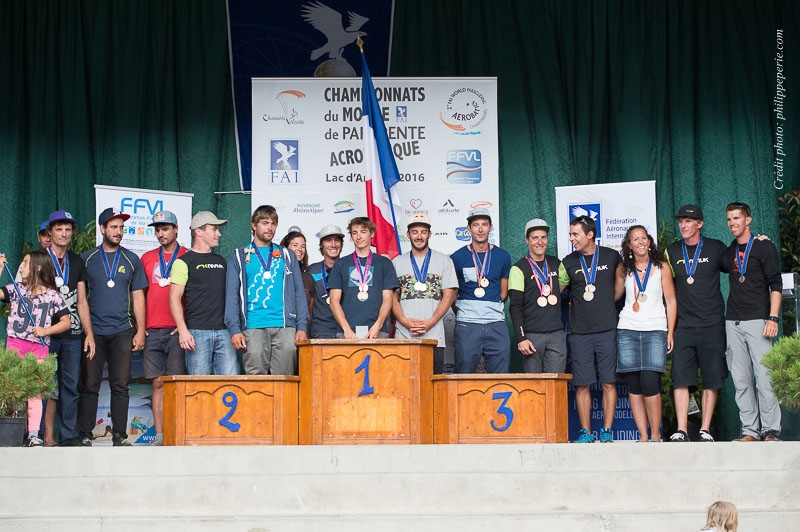 For the nations ranking, the host team, France, stands proud with a clutch of gold medals. In second place is Spain and in third place is Switzerland. In the paragliding synchro championships, mixed nation teams are allowed. 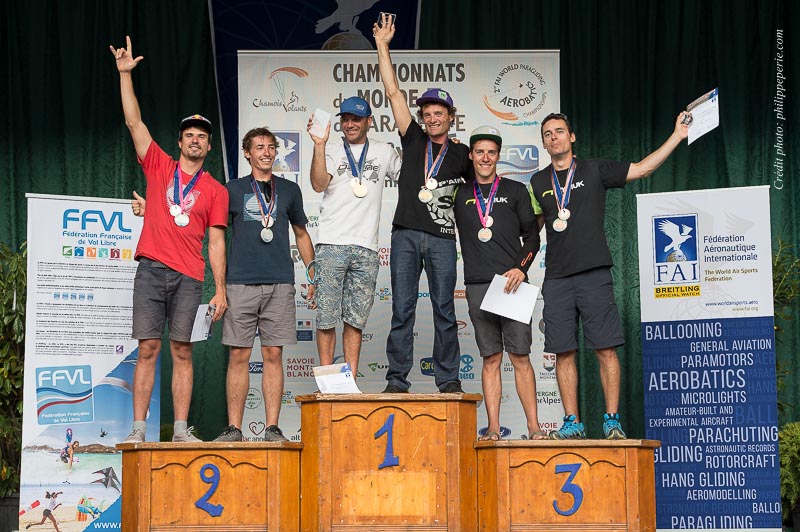 There were some crowd-pleasing performances this year with some impressive manoeuvres and synchronised landings on the raft close to Doussard beach. In first place is the SAT Brothers team, Felix and Raoul Rodriguez of Spain, who have competed and won together for more than a decade. Silver medals were presented to the Twisted Boys, Théo de Blic of France and Horacio Llorens of Spain.
The third placed synchro team is CAT Acro with David Geiser and Jérémy Péclard of Switzerland. Raoul Rodriguez commented: “It has been an amazing seven days. The flying standard of the younger pilots now coming through is impressive.”
A young air sports discipline, appealing to largely but not exclusively young pilots, this is only the 2nd FAI World Paragliding Aerobatics Championships.
FAI Executive Director Agust Gudmundsson said after the event: “These World Championships were a fantastic success for the competitors. Our thanks go especially to the outstanding work of the local organising team. I hope that this will encourage other organisers around the world to bid to hold subsequent events.”